The report covers the period from 01.01.2016 to 31.12.2016 and was prepared in accordance with the guidelines of the Global Reporting Initiative in the GRI G4 version, at the level of the CORE application. This is the third edition of the CSR Report of the Company which we have undertaken to publish on an annual basis. The first edition of the Report was published in December 2014, while the second edition was published in December 2015.

Non-financial reporting is becoming an increasingly important part of management practice in organisations.

unfold a statementcollapse the statement 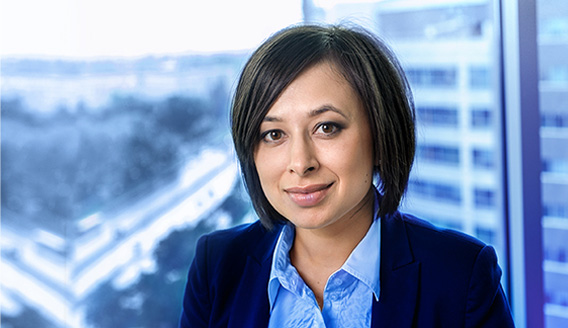 Meeting regulatory requirements, the expectations of customers and other stakeholders means that more and more companies have had to undertake the obligation to prepare non-financial reports on their operations. Together with the financial statements, they give a complete picture of the organisation’s activities, direction, performance and achievements. Currently, over 300 non-financial reports have appeared on the Polish market. Most of these can be found at www.rejestrraportow.pl.

IDENTIFICATION OF THE SIGNIFICANT ASPECTS

The preparation of the Report included the identification of all issues in the framework of which all significant economic aspects and aspects concerning the impact on the environment and society have been identified.

Based on the assessment of significance of particular issues, and as a result of the dialogue conducted with stakeholders, the scope of aspects in which the Company’s actions affect mutual relations with particular stakeholder groups and which are the most significant in its operations, has been determined. The context of these actions has become one of the main indicators of prioritisation in terms of their significance.

The development of all the indicators applied was carried out in full cooperation with the involved employees from particular departments of the Company in the recognition, characterization, collection and processing of the indicated significant issues.

The analysis and substantive assessment of all the collected results and data were carried out on the basis of the best methods available in this respect.

The changes introduced in the definition of the significance of aspects and their limits in relation to the previous edition of the Report mainly concerned identification and description of new areas not included in the previous year.

We would like to thank all interested parties for their participation in the development of the third CSR Report of PCC EXOL SA. Our publication is the result of the work of a group of persons who while collecting information from various areas of our Company’s operations, eagerly shared their knowledge, thoughts and ideas with us.

Special thanks should be given to our stakeholders who have supported us in identifying the key areas covered in our publication.

The substantive support provided by all the persons involved has allowed us to develop a rich compendium of knowledge which covers the most important areas of our activities. Thanks to all these wonderful people, our third CSR Report is a comprehensive review of the Company’s non-financial activities. We have created it together, with all our stakeholders in mind. We hope that our work on the next edition of the Report will make it even more interesting and inspiring.